The lawyers were protesting against a video that went viral on social media yesterday, in which a doctor is seen narrating an encounter with some lawyers in front of a group. According to the doctor in the video, a group of lawyers had gone to the inspector general and told him to charge “two doctors” under Section 7 of ATA. He narrated that the IG had refused while the lawyers had urged him to press charges, saying “they could save face” that way. 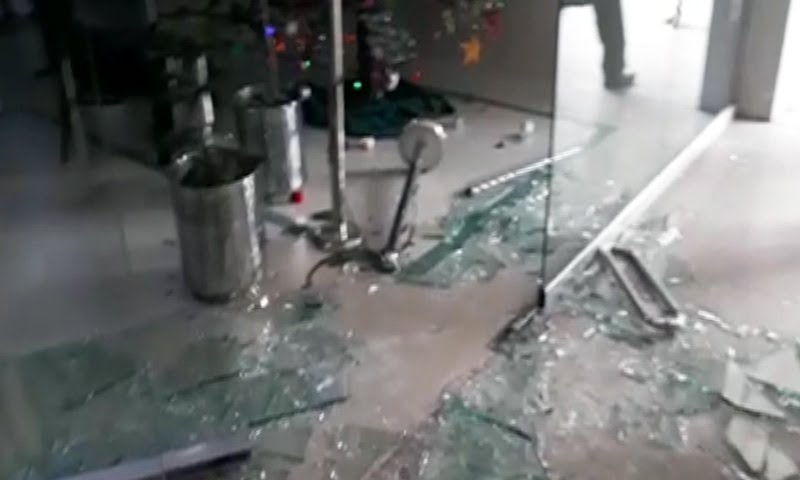 A large number of lawyers gathered outside PIC on Wednesday to protest against the “mocking video”. The protest, however, turned violent as the lawyers initially closed off entry and exit points to the hospital.

The protesters also damaged equipment inside and broke windows of the hospital as well as cars parked outside. Protesters smashed doors of emergency theatres and staff had to run out to save themselves, according to reports.

Patients, some in ambulances, were unable to reach the hospital while those receiving treatment were left unattended due to the chaos.

The lawyers also attacked media personnel on the site with stones. A female reporter, Kinza Malik, was injured and her phone was snatched from her. 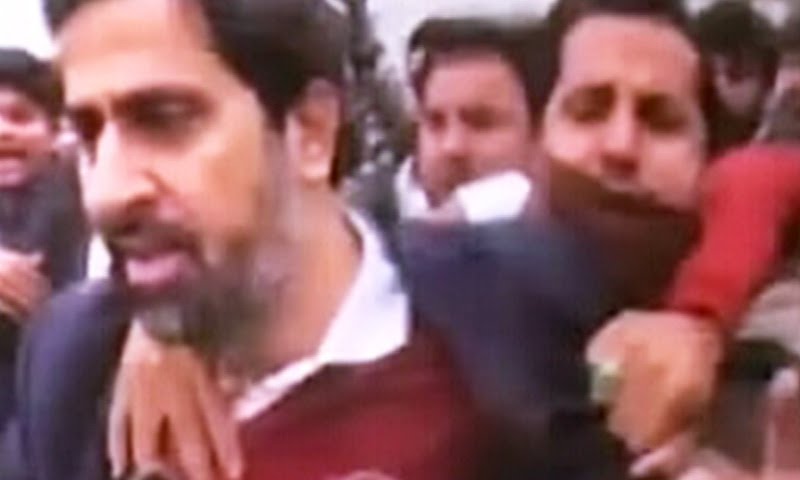 Punjab Information Minister Fayyazul Hasan Chauhan, who had arrived at the hospital, said that “lawyers had tried to kidnap” him. In a video, he can be seen being manhandled by a group of protesting lawyers.

Police are using tear gas and baton charge in an attempt to disperse the lawyers, who are still gathered at the hospital in a large number. The president and secretary of the Lahore High Court Bar Association are currently at PIC and are trying to disperse the angry lawyers from the hospital.

Lahore DIG Operations also arrived at the hospital. He said that those who took the law into their own handswill be dealt with strongly.

Young Consultants Association (YCA) announced a nationwide strike after the violent protest. President of the YCA Dr Hammad Butt said that tomorrow no consultant will be on duty all across Punjab. “The vandalism by lawyers is highly condemnable,” said Dr Butt.

Chief Minister Buzdar, who was in Islamabad to hold meetings with PTI MNAs, assured that action will be taken against those responsible for the violence. When asked why the government had not taken notice of tensions between doctors and lawyers, Buzdar said that the matter had been resolved.

Sorry. No data so far.